The most common vision problems

Whether they be congenital or if they appear suddenly or progressively, vision problems can affect us at any age.
Let’s take a look at the most common vision problems. 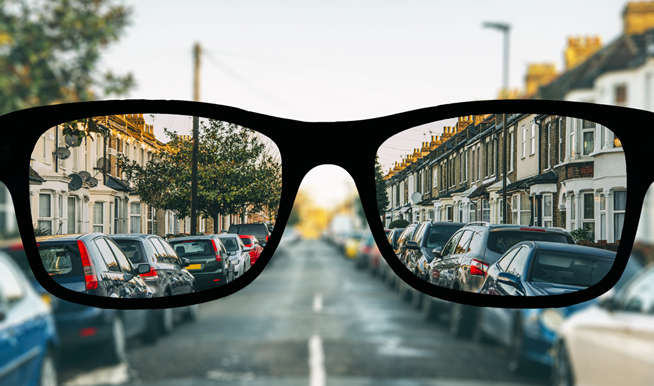 A person with myopia has excellent near vision, but their far vision is blurry. Myopic eyes are too long and powerful, so the image forms in front of the retina.

For children, trouble reading the blackboard  Screwing up the eyes to see better  Difficulty seeing at night, particularly when driving

A sharp increase in myopia worldwide. By 2050, it is estimated that 50% of the global population will suffer from myopia, including 10% with severe myopia. (1)

(1) Global Prevalence of Myopia and High Myopia and Temporal Trends from 2000 through 2050; Ophthalmology. 2016

A person with hyperopia can see far-off objects perfectly clearly, but objects that are nearby appear blurry. The eye is too short. To see near objects clearly, hypermetropic people must make an accommodative effort.

With astigmatism, the curve of the eye is irregular. Instead of being spherical (like a football), it is toric (like a rugby ball). Astigmatism can occur in conjunction with myopia or hyperopia. 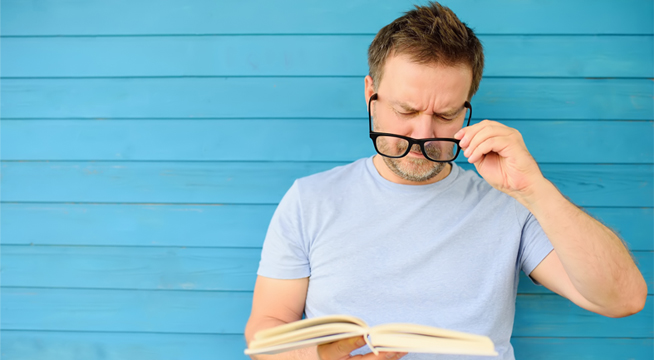 This affects everyone after the age of 45. Presbyopia is not a vision defect, but a natural evolution related to the eye’s aging. It makes it difficult to focus on near objects due to the crystalline lens becoming less flexible.

78% of French people say they suffer from eye strain(1). The symptoms of eye strain can occur at any age, particularly when our near vision is used for long periods of time.

Apart from working on a computer, all research suggests that the leading cause of eye strain remains undetected vision problems(2). It may also be caused by eyeglasses that are no longer suitable (3) for your needs.

In France, it is estimated that 2 million people are affected by visual impairment. Also known as vision loss, visual impairment causes difficulties seeing, even with eyeglasses. It may also be accompanied by a reduced field of vision. It is particularly common amongst the over 50s.
Visual impairment can also be caused by some progressive diseases: ARMD (Age-Related Macular Degeneration), glaucoma, cataracts, diabetic retinopathy, etc.

BBGR uses cookies to provide you with the services and features offered on its Site, with the aim of improving your browsing experience, analyzing the performance of the site, and personalizing the advertising content sent to you (Google, Youtube , Doubleclick), to share and distribute content on social networks. We keep your cookie settings for a period of 1 year. You can change your cookie preferences at any time by clicking on the “Manage Cookies” tab, accessible at the bottom of all pages of our website.

By authorizing these third-party services, you agree to the placement and reading of cookies and the use of tracking necessary for their proper functioning.
Allow all cookies: